For this study, we used opening and closing Totals betting lines to gauge how often that direction (from opening to closing Total) indicated the correct betting outcome. Consider the following example: The opening Total for the 2015 College Football National Championship game between Oregon and Ohio State was 74. The closing Total was 72.5. Since the Total went down, the line movement suggested that the Under was the right side (or the correct bet). Since the game ended with a combined 62 points, the Under was the correct side. Therefore, the Totals line movement did, indeed, suggest the correct side. 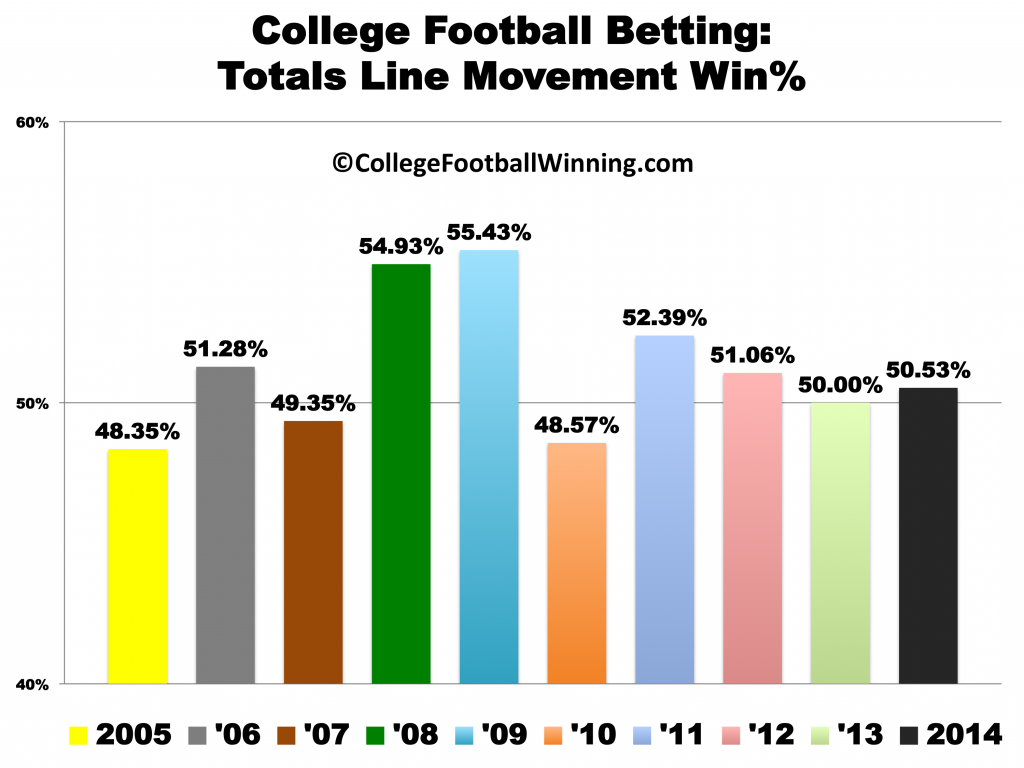 It is important to remember that, in the sports-betting world of bet-11-to-win-10, the breakeven point is 52.38%. Based on 10 years of college football Totals data, line movement was not a very good indicator of Totals betting outcomes. In statistics terms, the average accuracy of predicting college football Totals outcomes through line movement in each of the past 10 seasons is within one standard deviation of the mean, with the exception of one year, 2009, and that was just 0.43% outside of one “?.” It is, therefore, the conclusion of this study that using Totals line movement for college football predictions is not a profitable betting strategy.