For the purposes of our investigation into the predictive power of line movement, we used opening and closing betting lines (point spreads) to see how often that direction (from opening to closing point spread) indicated the correct against-the-spread outcome. Consider the following example: For the 2015 College Football National Championship game, Oregon opened as a 7.5-point favorite and closed as a 6-point favorite over Ohio State. Since the line movement amounted to Oregon becoming less of a favorite, the line movement indication was that Ohio State was the correct betting side. Ohio State won the game outright (and covered the spread by 28 points). Therefore, using our parlance, the “line movement indicated the correct side” in that matchup.

For the past 10 college football seasons (from 2005-2014), the closing betting line differed from the opening betting line in over 87% of all college football games. Examining this most recent season (2014-2015), that figure was up to 90.32%, so it should be understood that most college football betting lines do not end up where they began. It was, therefore, necessary to exclude from our study all games that opened and closed at the same point spread (even though many of those lines “jumped-around” between their opening and closing positions). 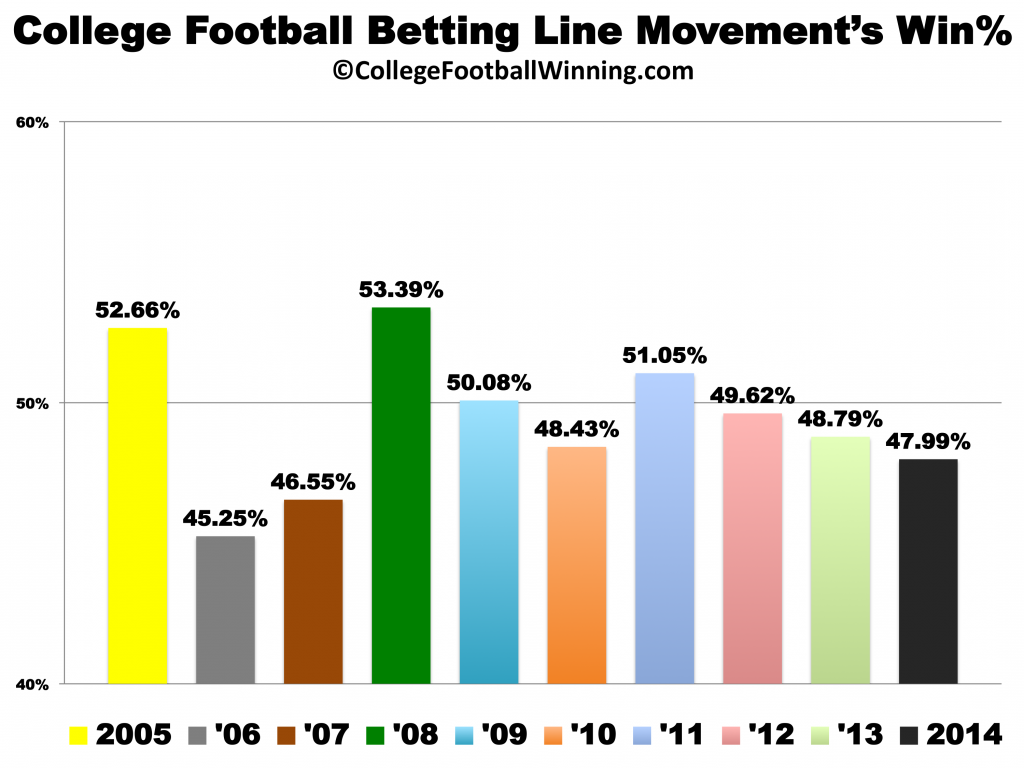 [For a similar study done with Totals (instead of point spreads), CLICK HERE.]